Yesterday afternoon I took a stroll around downtown Charlottetown PEI, Canada. Charlottetown is where the founding fathers met in 1867 to form the country of Canada, referred to as the confederation of Canada.  Before that is was British territory. The big difference between the forming of Canada and the forming of the US was that the confederation of Canada was accomplished without killing anybody.

Following are some random pictures That I snapped as I was walking around town. 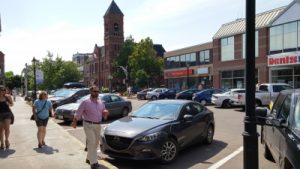 A view down Kent Street

Confederation Centre of the Arts. And no,that is not a typo, Centre is the correct Canadian spelling. This is the centre for live theater including the famous musical “Anne of Greene Gables” 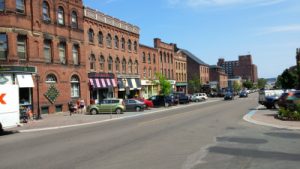 A view down Queen Street. 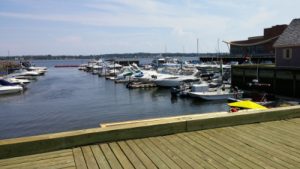 The Water Front. This is a great gathering spot on a sunny summer day. Lots of shopping and dining in this area. 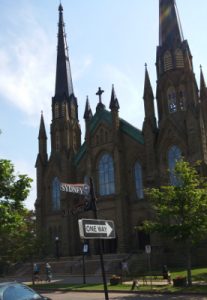 St. Dunstan’s Basilica Cathedral. A very impressive Catholic church. The current stone structure was rebuilt in 1916 after a fire.

The Gahan House a brew pub on Sydney Street 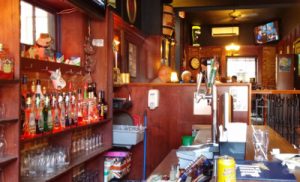 And I finished my stroll with a pint at the Churchill Arms, a British style pub on Queen street.