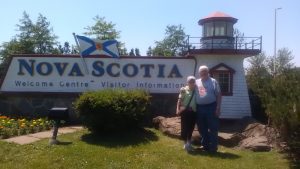 Some Useless Trivia on the Name LeRoy

A Brief History of the Life and Times of LeRoy Rice

Also in 1967, I married my wife Donna. In 1975 Donna and I were blessed with the birth of twins; a boy Adam and a girl Cherie. What a life change, 8 years as a couple, then, surprise, surprise, 2 infants to care for. However, they were a joy, we got through it, and would not wish the experience to be any different. In 1978 we had our 3rd child, Walter (Wally) and our family was complete.

I worked for several years in Halifax, Nova Scotia and in Ottawa, Ontario. In 1991 I moved to Georgia and bought a house in Norcross (a suburb of Atlanta). During my 40+ year career I worked in various areas of telecommunications in engineering, marketing, and product management

I am now retired and living on a small hobby farm in the community of Greshamville, Greene County, Georgia, USA. I enjoy working outside keeping my 15 acres maintained. I also like to work on computers, tinker with all things mechanical, hunt and fish.

I believe that the key to a happy and fulfilling retirement is to keep busy, have several diverse interests, and be constantly learning new things.